Perils of GMO And Your Pets 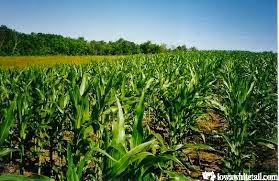 I have for several years been a fan of the work of Susan Thixton and her organization Truth About Pet Foods.  She has worked tirelessly to bring to the sunshine facts about the sorry state of affairs of dog and cat food manufacturing in this country.

Susan constantly uncovers situations where 4D animal parts(dead, dying, diseased, and disabled) are being used and these facts are hidden from public view by the other sorry state of affairs in the pet food industry and that is lax and useless regulations.

Truth About Pet Foods recently published an article going down a new dark hallway in animal nutrition and that is GMO ingredients and the risk they bring to your pets.

Their big concern is over something called Roundup Ready crops that have been genetically altered to be resistant to the world's most popular herbicide and create mature crops like corn and soy that have been regularly drenched with salt of glyphosphate or Round Up which literally strips the ground of everything it is sprayed with except for those crops.

Now, what happens when those herbicide hearty crops are fed to your precious animals.  Sited from the works of Dr. Will Falconer of VitalAnimal.com are his concerns about the after effects of feeding GMO crops to dogs:

The Non-GMO Project has listed the most high risk GMO ingredients that would affect your pet and they are as follows:

The facts of this article and much more can be found on Truth About Pet Food's site  and I hope you will visit the site and examine further the dangers that are out there.